France owes its leadership in grain production to a combination of factors. Its favourable climate, great soil variety, and favourable regulatory framework allow the actors in the industry to carry out their activity unhindered and constantly perfect their know-how.

France’s rich diversity of soil and climate conditions plays a major part in the growers’ performance and is a production warrant to seed companies.

This diversity is at the root of two unquestionable assets: the ability to spread and limit production risks, and to meet the demands of a market that is increasingly segmented. Thus, the geographic distribution of France’s production fields – and, in particular, their being 100 percent irrigated – considerably reduce climate-related risks. This optimal risk management is what makes French agriculture one of the most consistent in the world. 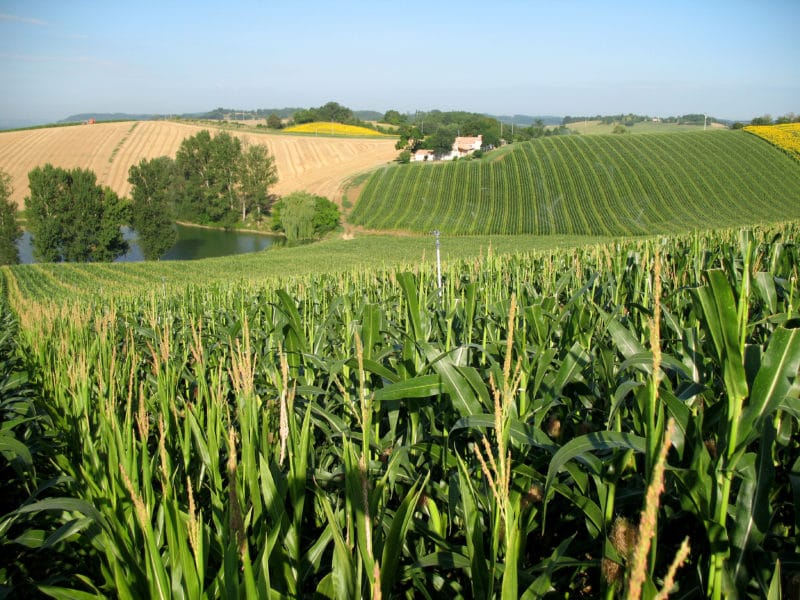 Two factors determine the quality of French maize grains: the country’s regulatory framework, on the one hand, and the actual system in place, which the public administration and the professionals in the field use to implement the framework.

Through a certification system, the French Ministry of Agriculture enforces specific quality standards, which are among the strictest in the world. Thus the French maize grain industry is organised around observing this regulatory framework and is therefore structured accordingly.

Moreover, France is a signatory to the UPOV (International Union for the Protection of New Varieties of Plants) Convention, which warrants all safeguards in terms of genetic material protection. Specific descriptions of the genitor characteristics – required to all those who apply for a new variety certificate – secure the seed producers’ rights, preventing the uncontrolled distribution of the genetic advances in question.

The strict regulatory framework and the strong relationship that exists between the industry and the public authorities constitute additional guarantees to breeders, who find France to be a stable and completely favourable environment for the production of seeds with high added value.

As early as 1950, a number of major maize professionals and cooperatives in Southwest France set out to establish the country’s maize grain industry. After having discovered in the U.S. the entire potential and the prospects offered by hybridization, they decided not to import maize seed hybrids, but produce them in France. The strategy was quick to stimulate and accompany a subsequent development of grain and feed maize in France and throughout Europe.

The F.N.P.S.M.S (the French National Federation of Maize and Sorghum Grain Production) members include both growers and seed producers. This inter-professional organisation is a hub for all discussions around the development of French maize seed production. It is unique in the world and it allows France to strengthen its leading position in Europe and remain the world’s first exporter of maize grains.

The farmers’ and producers’ active participation inside the representative organisations ensures the network’s excellent homogeneity. The members’ backgrounds cover a wide range of technical, agronomic, and economic expertise and thus feed into a knowledge pool that is indispensable to the production development.

This operational approach reflects the inter-profession’s strongly future-oriented philosophy. Furthermore, the tight links that actors maintain with one another ensure a work environment that is conducive to high-quality production. Every member has a clearly-defined role and the common objective – which is to obtain excellent quality grains – is the engine of that partnership.