Crop establishment is often a decisive factor, in yield terms. The various soil tillage operations are aimed at providing a soil texture that favours root establishment and emergence. The purpose of this section is to provide the producer with a set of technical tools that will help them decide when to plant their grain and feed maize crops. 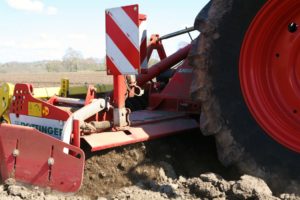 Maize takes root better in a homogenous, even slightly packed, soil, rather than in a cavernous one or one that presents a succession of layers of highly-variable porosity. To reach that goal – and whatever the implement used or stage of one’s operations (ploughing or second pass), one should work on dry soil. Seedbed preparation (which is done early on clay soils and at the last minute on soils with the highest compaction levels) should be done with as few passes as possible.

There is no such thing as ideal soil preparation. That is often a compromise between climate, available days, one’s level of mechanisation, and the size of one’s business.

Above all, one should see that the soil does not to dry out between the various cultivation operations and ensure that the soil is pressed enough to keep in moisture.

Choosing one’s hybrids is a strategic step in today’s maize production and it is a decision that must continue to lie with the farmer.

Hybrid choice clearly determines the attainable yield in a given climate window (through yield potential and earliness) and provides the specific traits that help secure the objective to a greater or lesser extent (through stress tolerance, disease resistance, etc).

Just as for all the other crops, setting the planting date for maize is an important decision and it should be made in a way that would enable one to take full advantage of a region’s climate potential and carry out the seed placement in the best possible conditions.

The rationale of the planting date has to do with securing most of the favourable weather window as fast as possible and thus allowing the chosen hybrid to express its full potential. A balance must therefore be reached among several variables:

Yield is a direct result of the amount of sunlight intercepted by the crop canopy (leaf area index correlated with plant density) and the length of that action (therefore earliness = length of the production cycle).

When choosing planting density, one should mainly consider the following:

Planting density is the density one aims to have at harvest, plus the losses that are likely to occur during crop development. 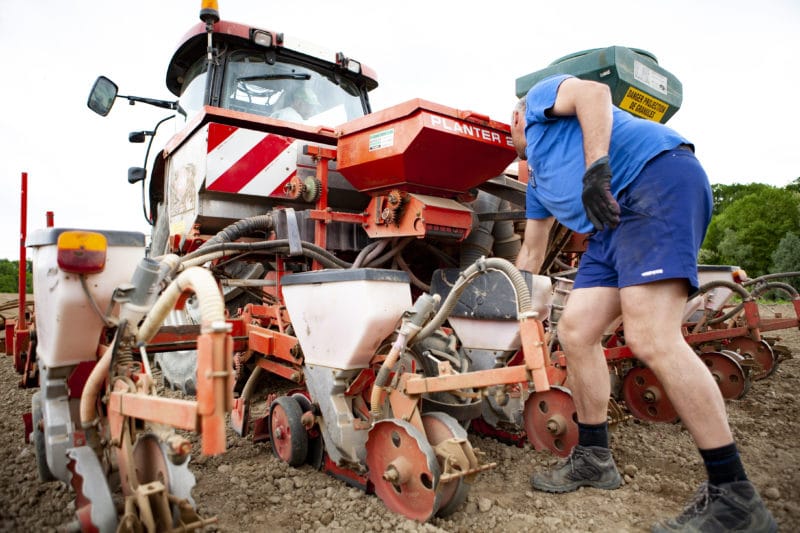 > The response to density depends on the hybrid’s earliness.

The later the hybrid, the more leaves it has; therefore, fewer plants per hectare are needed in order to get a good leaf area index – and therefore enough light interception.

> The response to density depends on the soil type

Light soils have a stronger response to plant density and require more plants per hectare than heavier soils, to allow the crop to reach its yield potential. Chernozem soils fall between these two categories.

In modern hybrids, overdensity risks are smaller (smaller ears, but the same level of yield), even in case of moderate drought, compared to the consequences of a density that is too low and that prevents the hybrid from attaining its full potential (since maize has a limited compensatory ability).

The aim of planting is to achieve rapid and even emergence. A uniform burial depth is key to attaining that goal. The main way to control burial depth is by using a moderate planting speed, adapted to the planter: 5-7 km/hour for traditional modern planters and up to 10 km/hour for the “fast” planters of more recent make. The planter is the maize grower’s main tool and requires careful maintenance by its user.

The maize seed needs to come into contact with moisture and benefit from sufficient airflow, to allow germination. Thus, the planting should be:

Depending on the soil type and planting date, the maize seed should be placed 4 to 7 cm deep, making sure that:

Starter fertilisers – they are a useful tool to successful establishment. What starter fertilisers do is to provide the crop with additional early vigour through a localised application of a P-based fertiliser concentration near the seminal roots. In case of slow crop establishments (due to long and chilly springs or cold, white soils that warm up slowly) or minimum tillage systems – in which soils take longer to warm up –, starter fertilisation becomes a must.