The point of weed control is to limit the competitive pressure of weeds in order to reduce crop damage, as maize is a plant that is sensitive to competition. Weed control is essentially aimed at maintaining the crop’s potential (both in terms of yield and quality) and preventing any future infestation of the field, as well as any potential increase in the weed seed stock that can affect the following crops and neighbouring fields.

The advantage of plants sown at wide interrow spaces such as maize is that weed control is easier. The disadvantage is that weeds are allowed enough room to develop until the space between the rows gets covered by the crop canopy. However, the benefits of this sowing method are clear, since the need to limit the use of phytosanitary products is ever so important. Maize weeds can therefor be controlled either by chemical or mechanical means – or both.

Weed control has several objectives. Yet before choosing one’s strategy, one should do a risk-assessment (to determine the presence and impact of potential weeds) and develop their methods of action based on the areas requiring attention, the available chemicals, and necessary logistics (however, taking measures right away is always preferable).

Maize Treatments and the Damaging Impact of Weeds

Maize is a short-cycle crop, sown at wide interrow spaces, and highly-sensitive to weed pressure.  Knowing exactly how the damaging mechanisms of weeds work (depending on their stage and type) allows one to better manage the timing and level of weed control, be it by chemical or by mechanical means. 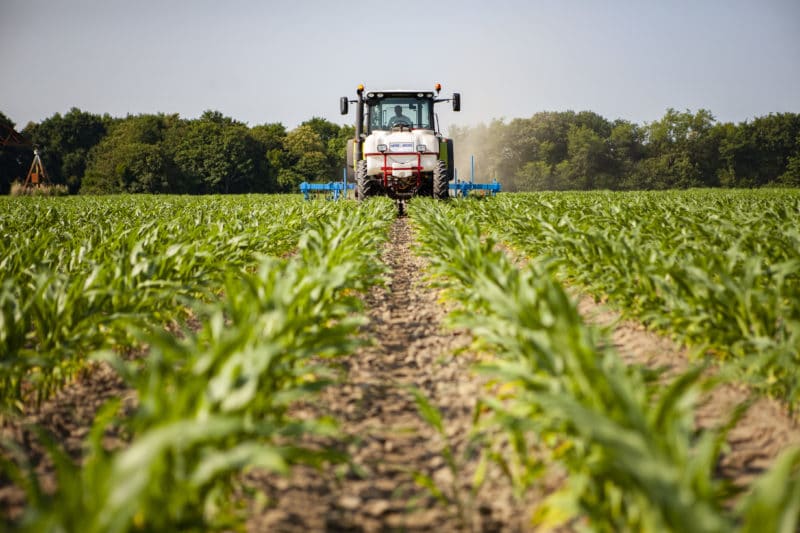 To the grower, weed control strategies must first of all be effective and sufficiently flexible to adapt to the unforeseen factors related to the work schedule and the climate. Depending on the options available, one can control weeds before planting, between planting and emergence (using root herbicides), after the emergence of both maize and weeds (using foliar and/or systemic/selective maize herbicides), or through mechanical cultivation.

Yet the first criteria for a good weed control strategy is to adapt it to the target weeds (looking at the species and their growth stage). Thus, one may have to tackle annual or perennial plants, be they grass or dicotyledons. The flowering succession and its development in time depend on the methods used.

Some Recommendations for Optimum Effectiveness

Some Recommendations for Optimum Effectiveness

Mechanical weed control (cultivation) is practiced to a great extent in many countries. The method suffices on simple and not very dense weed populations, such as in rotated maize crops and in regions where the climate favours a quick establishment of the crops – which is often the case in Eastern Europe.

With maize crops, there are three distinct weed control methods possible, involving no herbicides. Firstly, post-emergence cultivation can be done after a pre-emergent chemical treatment (either by broadcasting or by “spot/in-row placement”). Secondly, cultivation may be done after a first post-emergent chemical treatment. Thirdly, one can cultivate mechanically very early, before emergence, with a rotary hoe or a comb harrow. Subsequent interventions are done chemically.