Why Produce in France?

As an undisputed leader in the field for more than 50 years, France has the ideal conditions for producing significant amounts of high-quality seeds.

These are all assets that client growers, seed companies, and breeders established in France testify to. 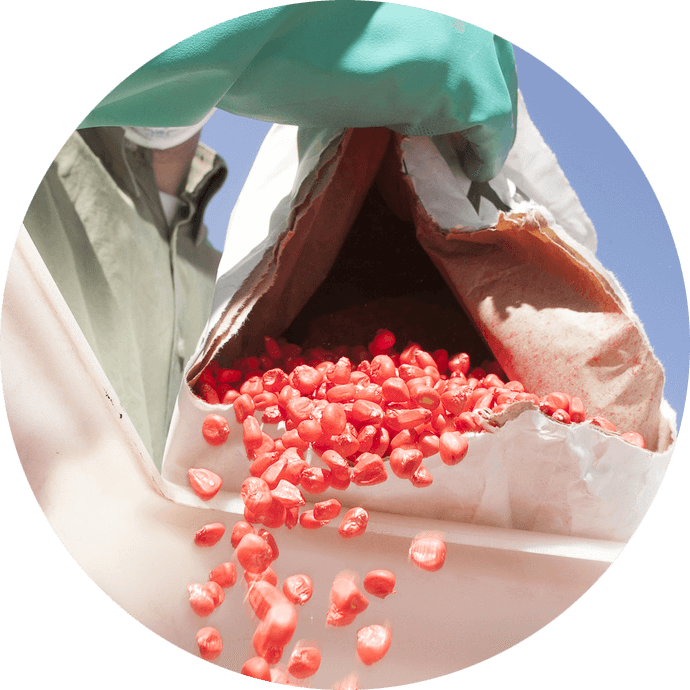 “To me, it is the quality of French seeds that makes them stand out from seeds produced elsewhere. In terms of the way in which they are produced, these seeds are remarkable.” 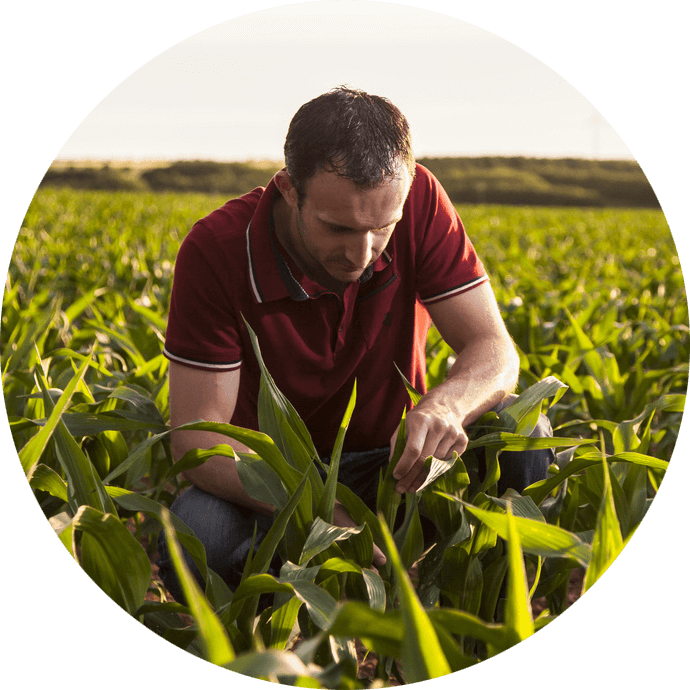 “As a production company, we rely on the growers’ work on a daily basis. Their experience, their technical competence, and their ability to adapt guarantee the quality of the end seed product.” 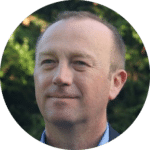 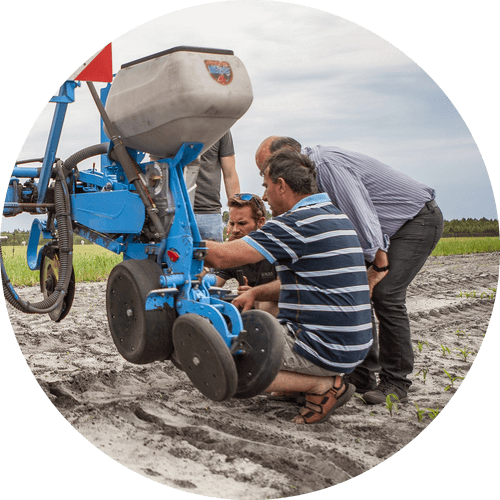 “France has all the key factors for successful seed production. Its unique expertise is what we were seeking when we decided to invest here, just as many other international breeders.” 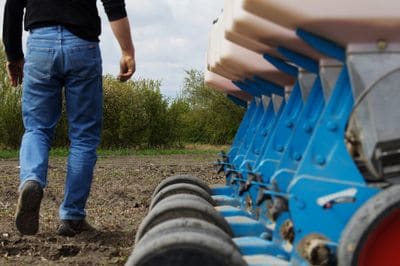 Good management of all planting parameters, to achieve crop establishment – a key stage in maize production. 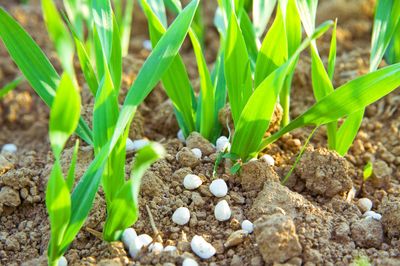 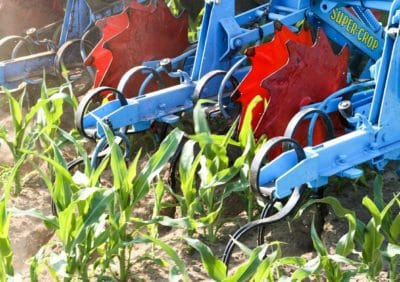 Limiting weed competition in order to preserve the crop potential, both in terms of yield and quality.

Seed Maize Irrigation: Paying Attention Every Step of the Way The French production sector offers a wide variety of growing conditions for seed maize, which is generally grown on irrigated land. Producers have a good command of the irrigation methods. However, the parental lines’ inherent sensitivity to water stress and the specific production itinerary of seed maize are factors that one must consider in order to get the optimum yield and required seed quality. Seed Maize Irrigation: Paying Attention Every Step of the Way (titre) Although the general make-up of maize hybrid crops in terms of water-stress exposure is not much different from that of their parental lines, each development stage presents specific characteristics that influence the plant’s behaviour and dictate the proper irrigation method. Male and female parental lines whose planting is timed so that they both flower at the same time require additional irrigation more often than grain maize. Once past that stage, the root system of the parental lines is less competitive than that of hybrids. The maximum – final – rooting depth may be equal to that of the plant at its flowering stage but its density in, and occupancy of, the soil profile, as well as its water-extracting ability will be lower. These data – as resulted from tests run by the ARVALIS - Institut du végétal under the seed-related, technical activities of the F.N.P.S.M.S. – are elements that are taken into account in the decision-making processes. Thus the rate of soil water reserve that can be easily accessed by the seed maize plant is estimated at 50 percent, as against 66 percent in the case of hybrid maize plants. • Launching the irrigation during the internode elongation period, from ten leaves on, has proved to be crucial in seed maize production. The leaf area index (LAI) is heavily influenced by the available water supply during this period. The stressors that appear before the flowering prevent the male or female plants from attaining the maximum LAI. Good early-stage crop management helps to ensure a well-balanced growth rate of the two parental lines as well as a homogeneous female plant population, which is important for the ease of the detasseling work. • The flowering-pollination stage is when the crop’s needs are at their peak (this is when the LAI is at its maximum) and its water stress sensitivity is highest. Although the stressors’ effects on the development of the female plant’s reproductive organs were well known, recent work has shown how much good irrigation management during this stage is important for pollen production. Thus, it is essential that the crop be provided regularly with enough water - depending on the climate context -, in order to secure the pollen production potential (the number of pollen grains per tassel), and even more importantly, the viability of the pollen, as this may go down by as much as 45 percent if the plant is stressed during this period. • It is equally very important to sustain the plant’s nourishment during the stage following pollination, as the number of grains per square metre (an indicator of the subsequent yield in seed bags per hectare) and their filling (the weight of the grains) influence the final yield directly. In quality terms, the effects of irrigation during these later stages can prove decisive for the grains’ calibration and their germination capacity. Nevertheless, during our trials, the small water supply differences at the end of the crop cycles produced few differences among the water supply regimes, from those points of view. The 50-percent grain moisture remains the most reliable indicator of when to stop irrigating, in seed production. Six Years of Trials Focusing on Seed Production in Southwestern France Together with the GNIS – the French Interprofessional Group for Seed and Seedlings* –, the F.N.P.S.M.S. has been carrying out pilot field trials since 2013, at various water restriction levels. Conducted by ARVALIS teams, the trials have compared various irrigation rates, covering the plants’ water needs at different levels. Thus a control irrigation level, which was termed “well-irrigated” was compared with various restrictive irrigation scenarios. The trials were first aimed at describing the effects of water stress on the plants’ physiology, then on the yield components, and finally, on quality. In recent years, the trials have focused more on the development of irrigation strategies for crops grown under water limitations. ____ *Groupement National Interprofessionnel des Semences et Plants

The 2020/21 Production Campaign Starts off Well for Maize Crops (titre) While the beginning of spring was challenging at times, growth conditions are relatively favourable to maize crops in most of the major production regions. In Brazil, late-stage crop conditions for safrinha maize (second harvest, mostly destined for export) have been particularly good in Mato Grosso, the country’s main production state, which may offset yield reductions in the southern states caused by prolonged drought in first-quarter 2020. In the EU, the initial apprehensions during the maize plantings were quelled by rainfalls in May and June, which, combined with the heat wave in Central Europe, have allowed for good crop development. Conditions are currently highly favourable particularly in Romania and Bulgaria, as well as in Ukraine and Russia, despite the fact that plantings were carried out in dry soil because of the water deficit last winter. North-western Europe (the north-west of France, the Benelux, and northern Germany) still record a pronounced water deficit. Due to the improved growth conditions in most of the EU, the European Commission has increased its May yield estimates for the EU by 2,6 quintals/hectare, placing them at 82 quintals/hectare. In the U.S., maize plantings were carried out rapidly and in good conditions, despite an extremely difficult spring in 2019. However, the north-western region of the Corn Belt has started to be affected by drought and heat locally, and weather forecasts indicate that this summer will be hotter than usual. While the U.S. results are expected to be very “heavy” this year because of the area increase, the non-commercial stocks display a highly-saleable net position for this period of time. Weather forecast fluctuations may therefore lead them to cover their position – which is a factor that elicits price volatility. Difficult Resumption of the Economic Activity Despite the fact that the coronavirus epidemic seems to be receding in some countries, allowing for lockdown lifts and a resumption of economic activities, the world economy is not likely to avoid a wide-scale recession in 2020. Moreover, markets are concerned about the return of the epidemic in China (as new hotbeds have been reported in Beijing) and its current development in the U.S. (mostly on the West Coast) and Southern Asia (particularly in India). These developments contribute to capping the raw material price rises. Thus, the current situation exerts pressure on oil prices – which have been struggling to exceed $40/barrel –, with the recent price rise being caused by supply reductions, and not by a net rebound of the demand. In the United States (where corn prices and the ethanol industry – about 40 percent of the U.S. corn production – are closely linked to oil prices), the ethanol production has restarted and stocks have declined, but operators are concerned about the long-term impact of the crisis. Margins remain low in the ethanol industry and some production capacities may be lost. The USDA estimates that roughly 13 million tons of maize have remained unused because of the epidemic crisis; also, the rebound that one was hoping for in 2020/21 may be curbed by the oil producers’ requests to be exempted from incorporating ethanol into petrol. In its turn, the feed industry has equally been affected by the crisis, as slaughterhouses have been heavily hit by numerous cases of contamination among workers. Despite a comeback in the slaughter rates of swine and cattle, they have yet to reach their levels before the crisis.

Maize, Leading Crop in the 2020 European Rotations. Seed Production Programme up for 2021 Plantings Maize has confirmed once again as a top choice with the European producers during the 2020 plantings. Its areas have increased in most European countries, both for grain and feed. EU-level maize areas should stand at 15,1 million hectares this year (up 2 percent). The trend is due to the difficult plantings in the autumn/winter of 2019. Thus grain maize has become an alternative to rapeseed in its own right, as well as to straw cereals, in several countries. Feed maize is also trending up, countering feed deficits in many countries, after several years of drought-stricken harvests. Planting conditions were dry in most production countries. However, the return of rainfalls at mid-May provided favourable emergence conditions in most production countries. In France, maize area is projected at 3 million hectares, up 10 percent in the grain sector and 2 percent in the feed sector. In Germany, maize should exceed 2,7 million hectares – up 11 percent in grain and 2 percent in feed and biogas. Further to the East, maize areas are rising in both Romania and Bulgaria (up 2 percent), with 2,7 million and 0,5 million hectares, respectively, and remain high in Poland, with over 1,2 million hectares. Outside the EU, maize continues to develop strongly. Grain maize areas are up 8 percent in Ukraine (to 5,4 million hectares) and 6 percent in Russia (2,7 million hectares). In Belarus, the area has reached 1,1 million hectares (up 5 percent), due to an upward trend in both the grain, and feed, industry. The same rising trend is noted in Turkey, where grain and feed maize areas are estimated up 9 percent, reaching 0,8 million hectares. Seed supply was prompt to accompany the area increase and the European maize growers were thus able to benefit from the best genetics. However, maize seed stocks are reported down throughout Europe. As a result, maize seed producers have increased their production programme for the 2021 plantings. Maize seed multiplication areas have reached 170 000 hectares at EU-level, of which 80 000 hectares in France, where they are up 14 percent (grain) and 16 percent (feed).