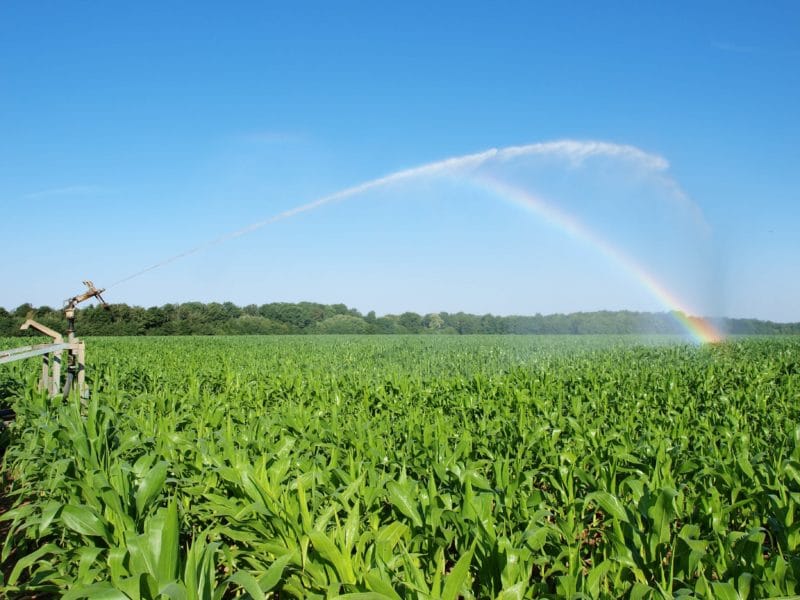 Although the general make-up of maize hybrid crops in terms of water-stress exposure is not much different from that of their parental lines, each development stage presents specific characteristics that influence the plant’s behaviour and dictate the proper irrigation method.

Male and female parental lines whose planting is timed so that they both flower at the same time require additional irrigation more often than grain maize.

Once past that stage, the root system of the parental lines is less competitive than that of hybrids. The maximum – final – rooting depth may be equal to that of the plant at its flowering stage but its density in, and occupancy of, the soil profile, as well as its water-extracting ability will be lower.

These data – as resulted from tests run by the ARVALIS – Institut du végétal under the seed-related, technical activities of the F.N.P.S.M.S. – are elements that are taken into account in the decision-making processes. Thus the rate of soil water reserve that can be easily accessed by the seed maize plant is estimated at 50 percent, as against 66 percent in the case of hybrid maize plants.

In quality terms, the effects of irrigation during these later stages can prove decisive for the grains’ calibration and their germination capacity. Nevertheless, during our trials, the small water supply differences at the end of the crop cycles produced few differences among the water supply regimes, from those points of view. The 50-percent grain moisture remains the most reliable indicator of when to stop irrigating, in seed production.

Together with the GNIS – the French Interprofessional Group for Seed and Seedlings* –, the F.N.P.S.M.S. has been carrying out pilot field trials since 2013, at various water restriction levels. Conducted by ARVALIS teams, the trials have compared various irrigation rates, covering the plants’ water needs at different levels. Thus a control irrigation level, which was termed “well-irrigated” was compared with various restrictive irrigation scenarios.

The trials were first aimed at describing the effects of water stress on the plants’ physiology, then on the yield components, and finally, on quality. In recent years, the trials have focused more on the development of irrigation strategies for crops grown under water limitations.
____
*Groupement National Interprofessionnel des Semences et Plants